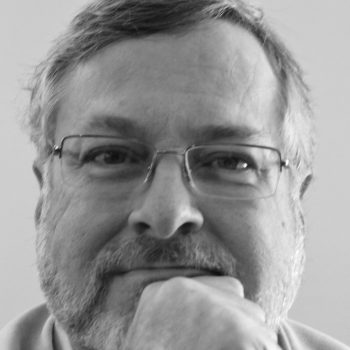 Paul Andrew Schreck received a Bachelor of Arts in Music Education and taught K-8 music classes where he met his wife, Karen, teaching in the elementary school. Together they have two grown children. Paul later received a Master of Divinity and was ordained as a Lutheran pastor. After serving three congregations in Pennsylvania, he moved his family (yet again) to the Chicago area to work as Associate for Ecumenical Relations in the denomination’s national office. In that capacity he published three articles in a peer-reviewed journal about improving relationships between churches. Since writing fiction was not encouraged in this position, he exercised his creativity by writing several sermons and newsletter articles in poetic forms.

When this church appointment came to an end, Paul embraced the title of “trailing spouse” and looked for new ways to grow that did not require moving the family again. Committed to life-long learning, he threw himself into writing science fiction screenplays, stage plays, and later producing films, including a feature-length film about music therapy (Rhythms of Life) and an award-winning short film about Sandhill Cranes (The Birds of Heaven). He also returned to his love of writing short stories, which includes PRICKLY KISSES.

In addition to Paul’s love of family and writing, you will find him exploring any number of creative endeavors including making stained glass, brewing beer, making chèvre cheese, baking and decorating scratch cakes, turning wood on his lathe, adapting electronic toys and devices for switch-use by students with special needs, singing, and learning to play the guitar. He and Karen also escape to camp in the wilderness as often as possible, always with their bird-watching manuals and binoculars close at hand.